Is It Time to Enlist Automatic Transmission Services for Filter Replacement?

Your car's automatic transmission system is dependent on hydraulics for it to function, which means that it relies on pressurised oil for it to work. However, what some motorists do not realise is that this oil does not exclusively function as a lubricant. In addition to preventing friction, the transmission oil also works to protect the metallic components in the transmission system from degradation, preventing internal temperatures from getting too high while also conditioning the gaskets. Hence, this oil not only needs to be sufficient, but it has to be in good condition too.

To keep potential contaminants in the oil from getting into the internal components of your automatic transmission, you need a functional filter. With time, however, this filter can get clogged with impurities and it loses its ability to refine the oil, which leads to problems with your transmission. While there are other reasons why your automatic transmission can fail, consider the following symptoms signalling that the issue lies with the filter.

There is a myriad of reasons why you may start to hear suspicious rattling noises from your vehicle. Most commonly, these sounds are caused by an exhaust pipe that is knocked out of place, a malfunctioning catalytic converter, brake pads that need replacing and so on. In some scenarios, though, you could start to hear muffled banging noises from your car when the automatic transmission system is in jeopardy due to a malfunctioned filter.

Similar to weird noises coming from your car, leaks can occur due to an array of reasons. Most commonly, leaks happen when a valve is loose or if there is a break in one of the multiple pipes and hoses that your car is made up of. Nonetheless, in terms of an oil leak, you should be concerned about a blocked transmission filter. When the filter can no longer allow the fluid to pass through due to the debris and trace metals that have collected on its surface, pressure begins to build.

As the pressure accumulates, this oil will look for other ways to get through, and this causes it to seep through components such as gaskets and rings located close to the filter. The moment that you find reddish or pinkish droplets underneath your car, it is crucial that you seek automatic transmission services. Your mechanic will not only replace the filter but will also identify all the components that have been compromised and tighten them to prevent further leaks. 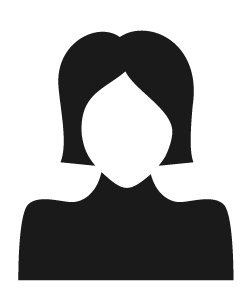